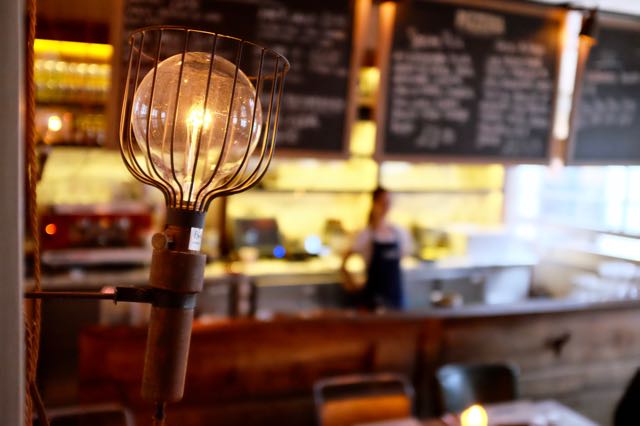 One of the joys of your children getting older is the increasing spontaneity and flexibility. Meals out with babies and toddlers are hard: buggies, changing bags, wet wipes, sippy cups… Actually, we still need the wet wipes, but these days with two school-age children things are getting much easier.

When we were invited along to review Jamie’s Pizzeria in Cambridge a couple of weeks ago it was the perfect opportunity to test our new-found flexibility. Usually we tend to only eat out in Cambridge at lunchtime. But to shake things up a little, we decided to go for an evening meal instead. 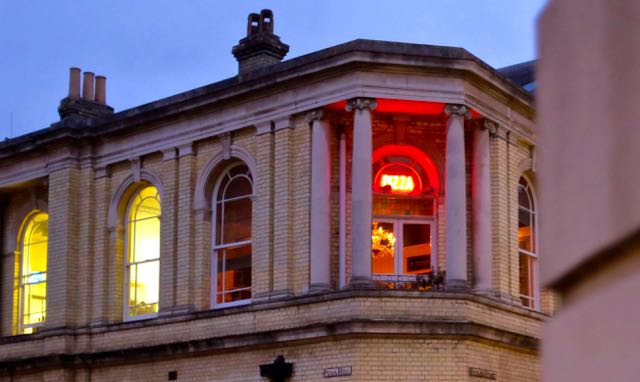 We arrived in Cambridge after lunch and spend a happy few hours discovering Egyptian mummies and suits of armour in the Fitzwilliam Museum. Jamie’s Pizzeria is just a few minutes away from the museum. It’s tucked away above Jamie’s Italian in the Old Library on Wheeler Street – right opposite the Corn Exchange. 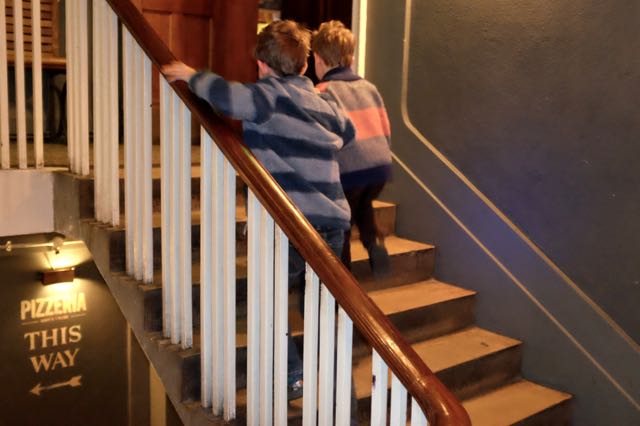 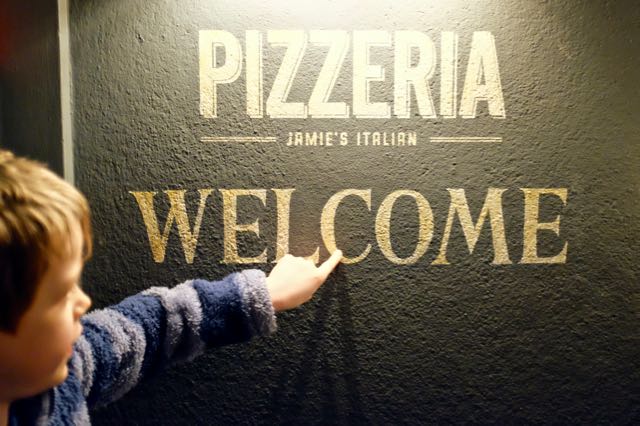 The simple menu offers a selection of pizzas for the purist – thin and crusty with interesting toppings. There was a pasta dish on the specials board, but as you’d expect it’s really all about the pizza. 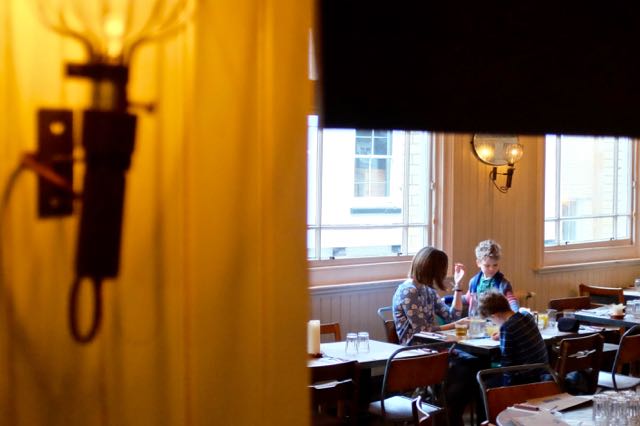 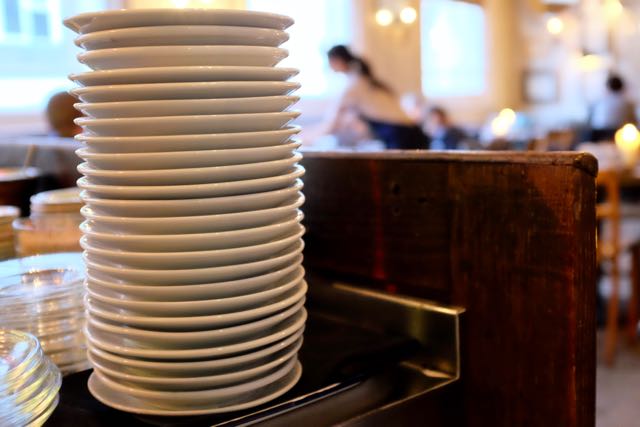 There isn’t a children’s menu. Instead, children can choose a smaller size of pizza with some simple toppings. My boys chose a margherita pizza each – one with extra pepperoni, the other with parma ham. 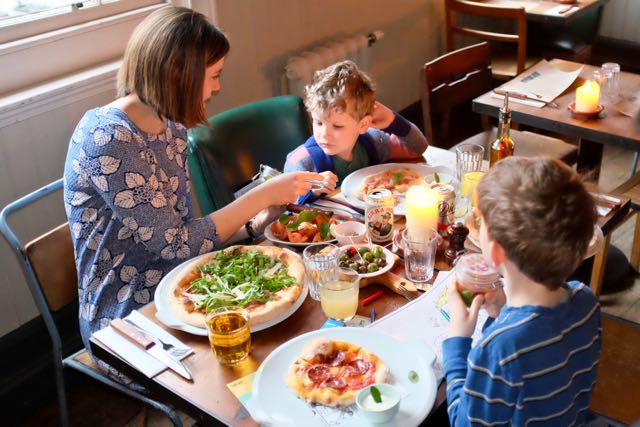 This was all just the right level of grown-up-ness for my seven year old. He relished the cool, unassuming interior – imagine an old library crossed with a canteen, but with nicer lighting.  He adores pizza and will eat it anywhere, anytime. He took it all in his stride and declared that his pizza, and the brownie which followed, were pretty much the best things ever. 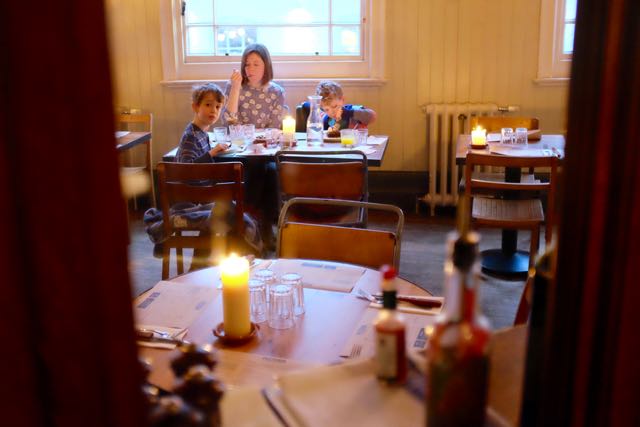 Doing different things doesn’t always pay off though. My five year old was less keen. He’s usually pretty good about eating out, but was panic-stricken by the lack of choice on the menu. He’s still at the age where he’ll take against a pizza if it comes served with a basil leaf on the top. I think he’d have done better with the children’s menu from downstairs, which has things on it like posh fish fingers. However, the fickleness of small children is not the fault of the restaurant. 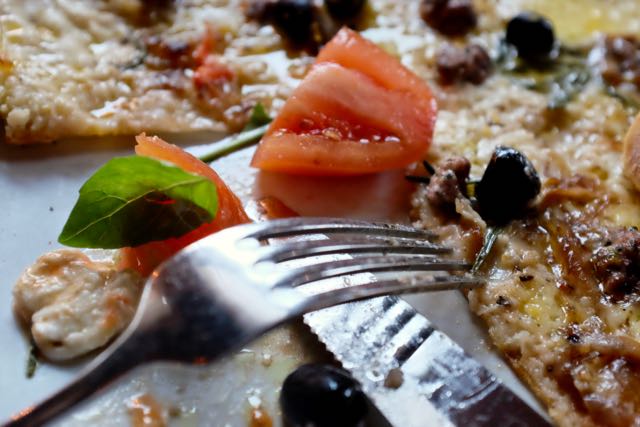 And what did James and I think? My Parma pizza was delicious, and James enjoyed his Italian sausage one very much. The shiny olives, salad and beer were also very good. I found the simplicity of the menu quite refreshing – no agonies of indecision here. The character of the old library is also still very much in evidence – although with no fear of being thrown out by tutting librarians for drinking a can of beer. 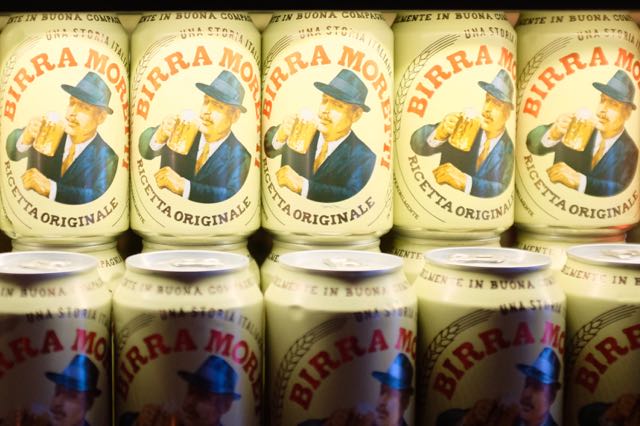 The staff were very friendly and accommodating, and my boys were made to feel very welcome. Jamie’s Pizzeria is a great place for a quick and affordable meal – especially if you’re having a day out in such a fine city!

Thank you to Jamie’s Pizzeria Cambridge for inviting us!

Disclosure: Jamie’s Pizzeria paid for our meal, but all thoughts and photos are my own. 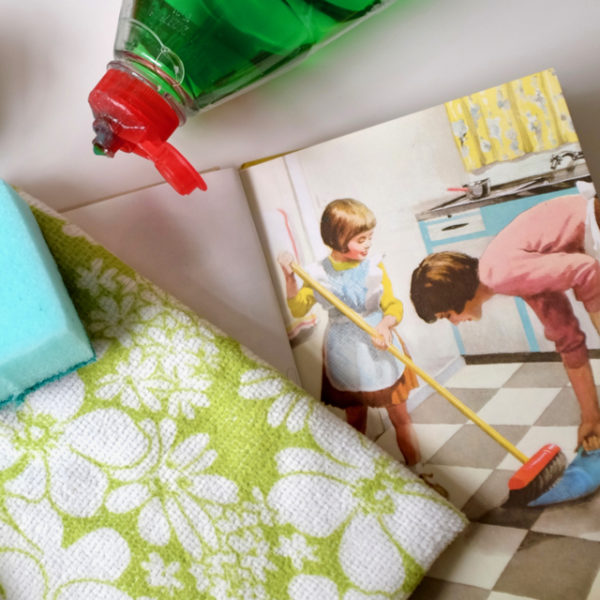 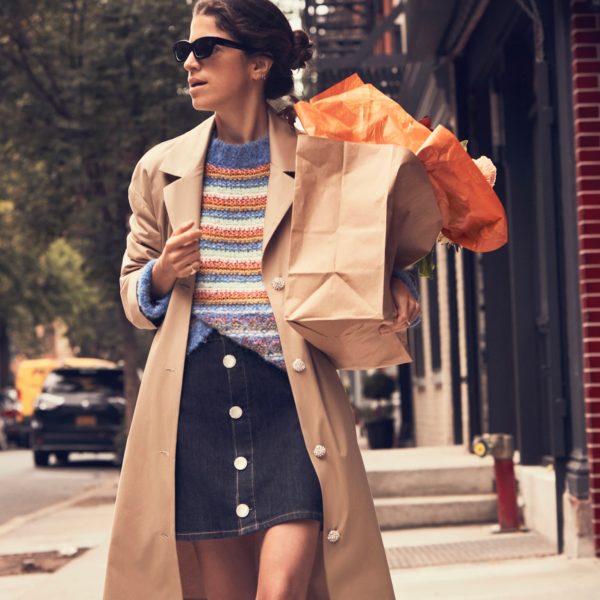 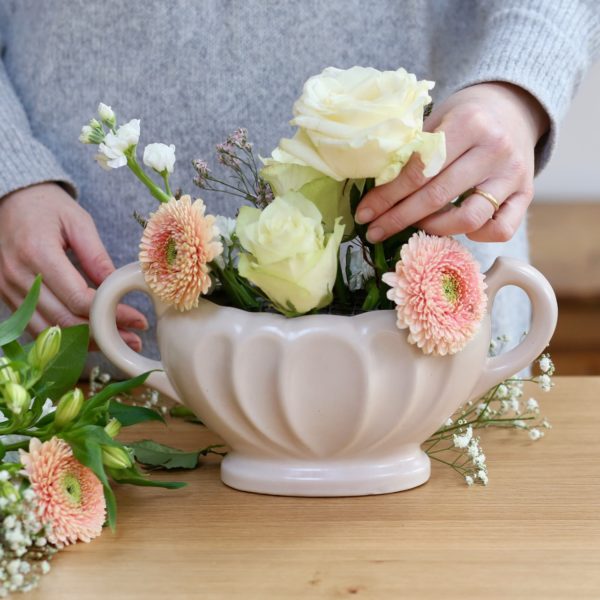