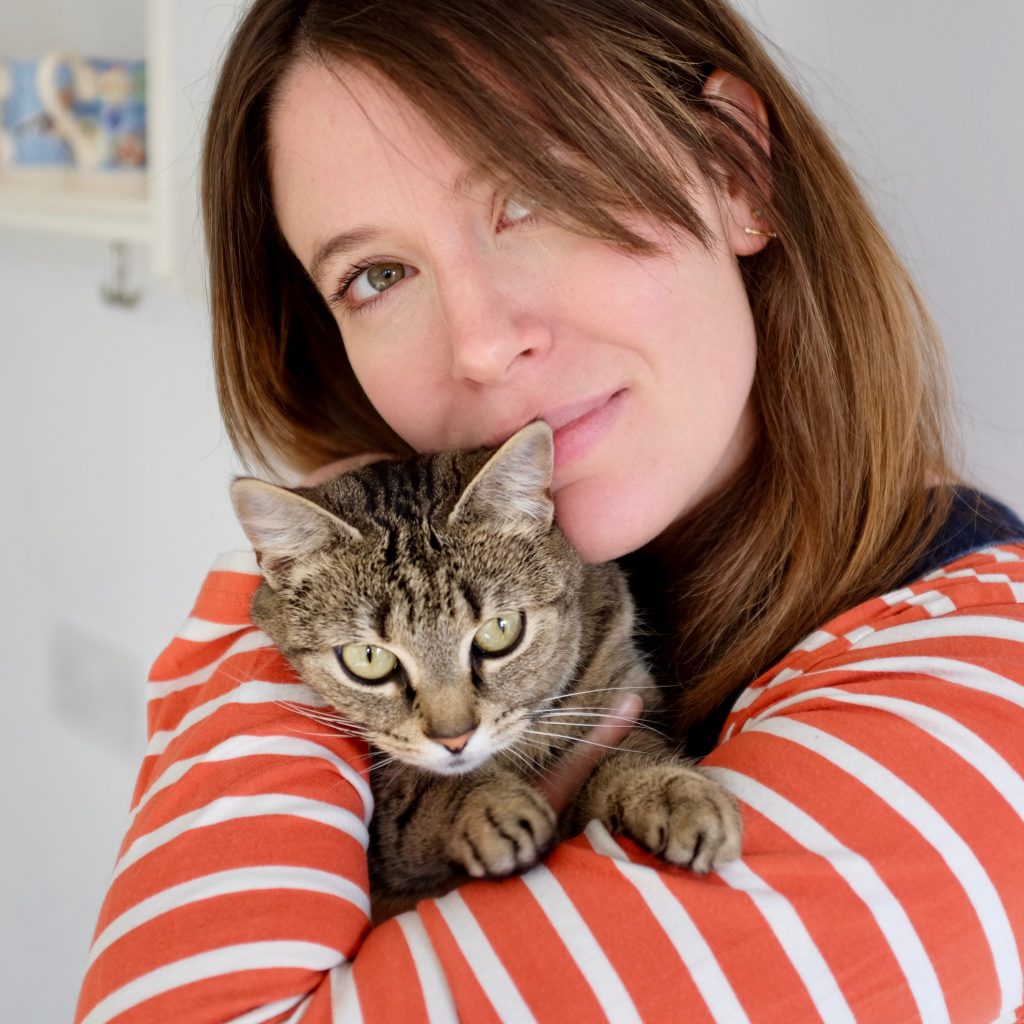 In life, there are dog people and cat people. Some people like both, but usually, it’s one or the other. I always thought I’d be a dog lover for life. Turns out I was wrong.

I’ve always been a dog person. And for the first twenty-five years of my life they were always around. Loyal, affectionate, a bit smelly – but lovable, oh so lovable.

I always kept away from cats. Didn’t have one, didn’t want one. The claws, the fickleness, the jumping on everything – I just didn’t get it. Let’s just say we didn’t speak the same language.

I also thought I’d have dogs when I grew up. Well, I’m a grown-up now – with a husband, two kids and a mortgage – and guess what? It turns out it’s not as simple as that.

Dogs are a big lifestyle choice.

Deciding to get a dog is like deciding to have another baby. They need a lot of care, attention and walking – they also create a lot of upheaval. Chewing, little accidents, stealing, yapping. Mostly it’s happy chaos – of the amusing, character-building kind – but it’s still chaos. I already have two young boys who reduce my house to rubble daily. I felt like I had enough amusing spontaneity in my life already.

So, we didn’t get a dog. We got close a few times, but we always got cold feet. But you know what? Having no pets isn’t much fun. 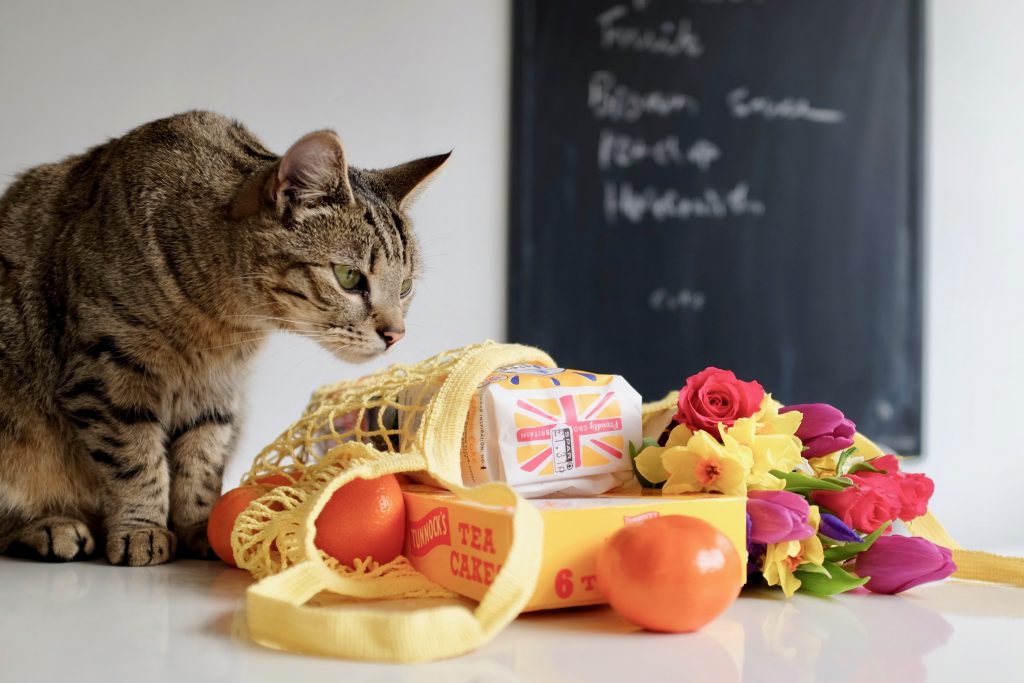 Last summer, I decided to try something different.

I decided to be a cat person. It all started when my husband (who has previous with cats) suggested we think about adopting one.

There seemed no harm in going along to meet some cats. We met two tabby sisters through the Cats Protection League. They appeared to like me and the children. I stroked their silky fur and they seemed to enjoy it. I felt a connection. They needed a home and we had one to offer. It felt right.

I was wary at first and a bit clueless. In a way that made it easier. I started again with no expectations. Cats are totally different to dogs, I had to forget everything I’d known about having a pet. 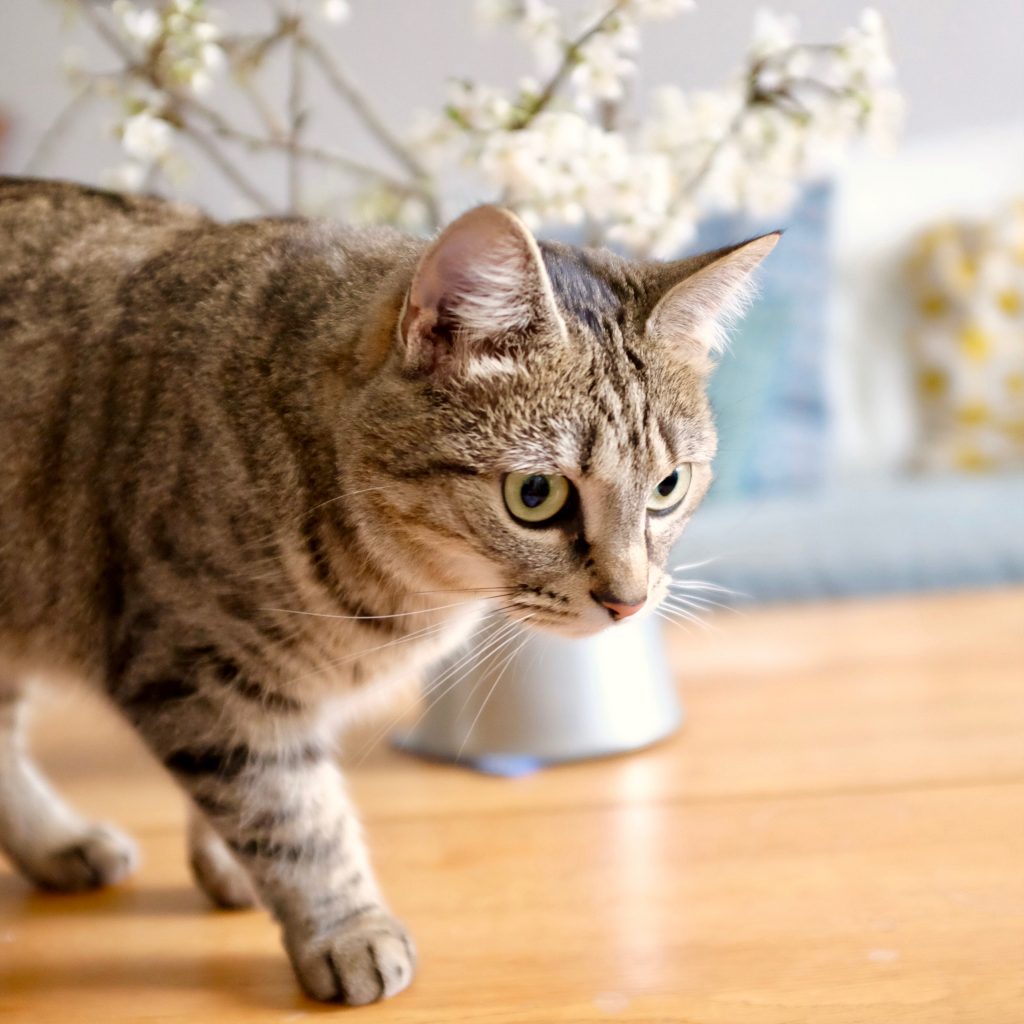 So, what’s converted me?

They’re low key. If dogs are an annoying younger sibling following you around slavishly, then cats are the cool older kid you want to impress.

I’m not saying that owning a cat isn’t a commitment. It is. It’s just an awful lot easier. No one is expecting you to train them beyond the basics of cat flaps and litter trays. And no one’s really judging you either. Owning a dog is very public, and if your dog is anti-social you can feel like a social pariah. No one expects you to stand in the pouring rain at cat training classes.  The lack of expectations makes the whole feel less stressful, and more relaxed and pleasurable.

The trade-off is that you get a different kind of affection.

Dogs always know when you need love and affection, they’re very intuitive. Things are very different with cats. It’s not that they aren’t affectionate. What’s different is that it’s on their terms.

Some people say that a cat makes a home. They’re right. Part of their appeal lies not the physical affection, but the fact that they are always there in their own way. When they hear my key in the door, they come and say hello. They get stroked then they wander off (unless it’s tea time, in which case there’s a bit of polite mewing).

They are creatures of habit and I find enormous comfort in this. They’re nice, undemanding routines – cuddles, food and a bit of playing. It’s the opposite of the wearisome routines of owning a dog. 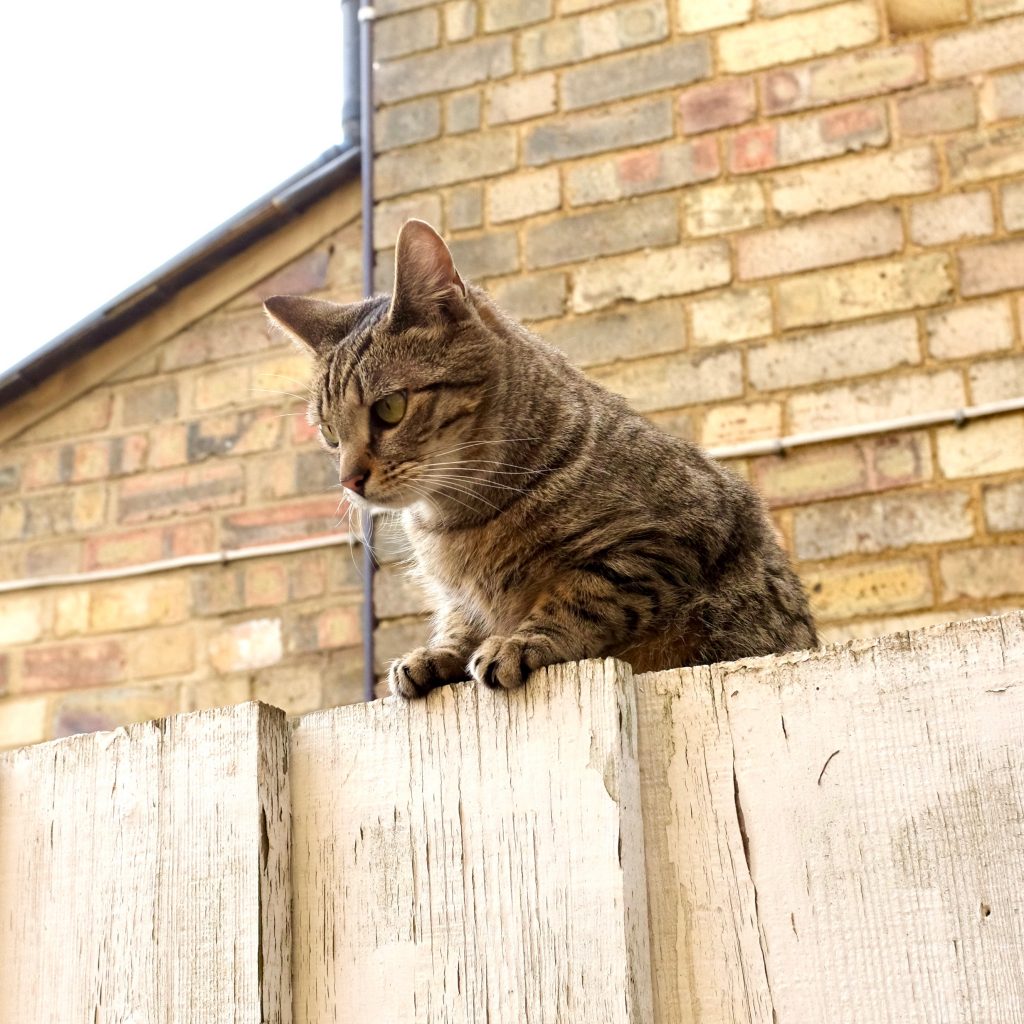 But aren’t cats a bit boring and humourless?

I used to think so. But the truth is very different. Cats are every bit as amusing as dogs. The difference is that they amuse me in a gentle way, whereas dogs often just made me lose my temper.

I find their minor irritations quite amusing and charming. They get in the way when I take a photo or make a cake. But somehow, it’s sweet and endearing. They’re interested in what I’m doing and I like that. It’s the closest I get to the intuitive relationship I’ve shared with dogs.

Because their affection isn’t free-flowing, it can leave me feeling a little needy. But I think I prefer this to the slavish devotion of dogs, which can be overwhelming at times. Dogs are the needy ones, which can feel suffocating at times.

We have a very different relationship. I wouldn’t go so far as saying they own me, but it’s certainly very different. We’re on an equal footing. And you know what? It feels great.

I fully admit that I’m not a fan of rodents being brought into my house (dead or alive). But compared with the things my dogs used to do (fox poo, anyone?) these feel like things I can put up with. 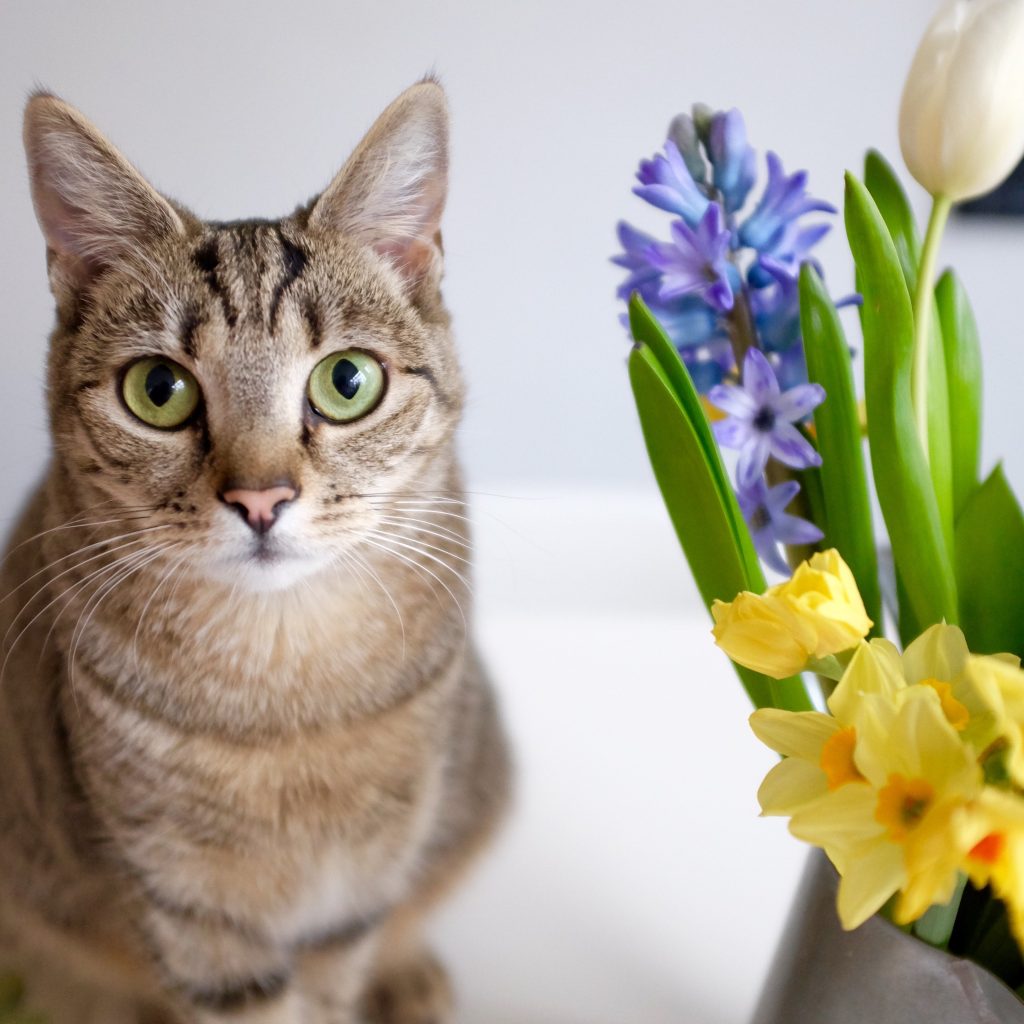 So, am I truly a cat person now?

I don’t own any cat tea towels yet, but I’m a convert.

Being a cat person isn’t quite like being a dog person. You don’t really own a cat. It’s more a way of life. I’ve picked up on their take-it-or-leave it attitude and I like it.

Starting my journey back to fitness after back surgery 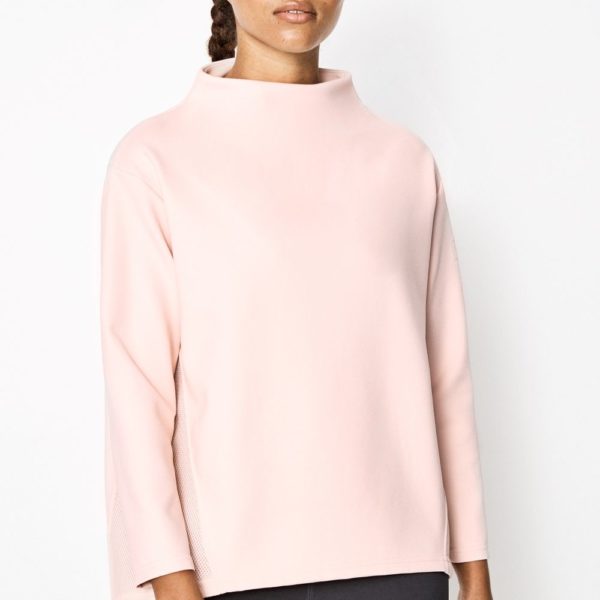 Get creative with IKEA picture ledges 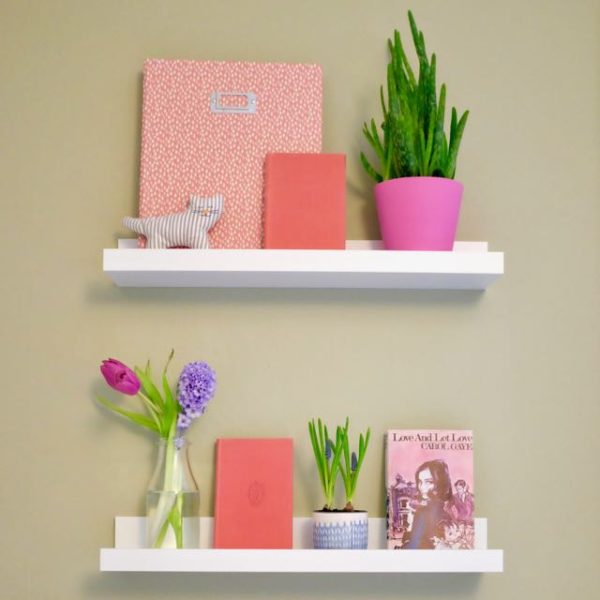 In praise of good jeans and epic sleeves 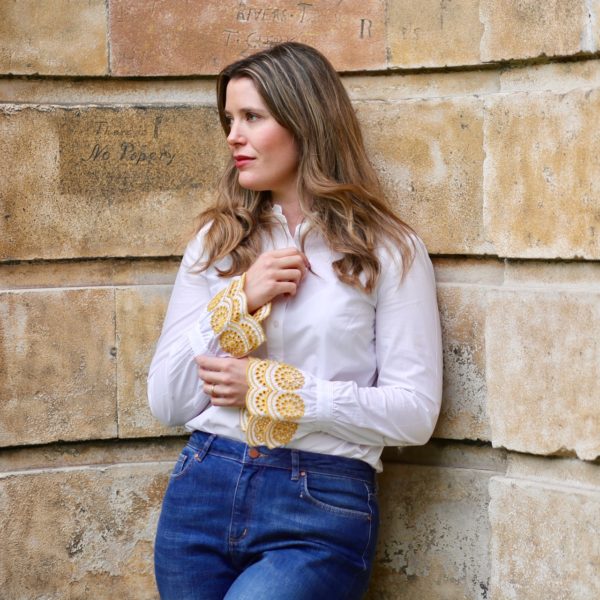