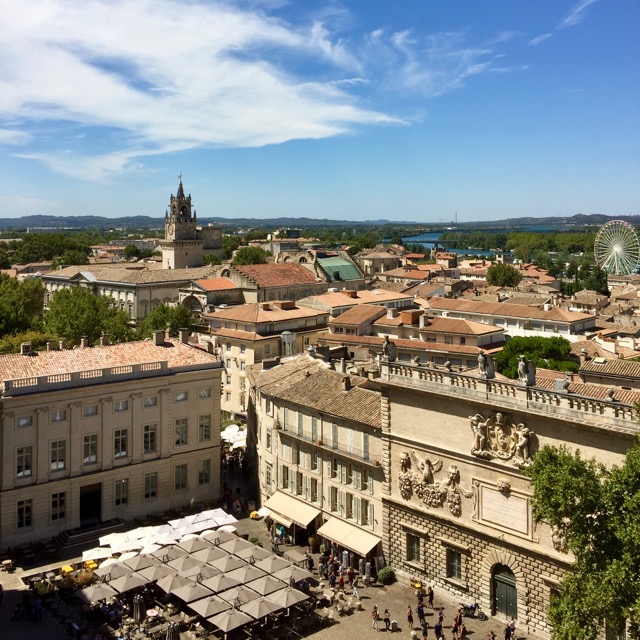 Avignon, in the south of France, is a charming place. It’s quintessentially French – from its pretty shutters, cobbles, pavement cafés to the gentle hum of Provençal conversation. This small city overlooking the Rhône is a long way from rainy England. Which is exactly what we wanted.

Last summer we had a delightful, but typically inclement, holiday in Derbyshire. After climbing to the top of Mam Tor in the lashing rain, my youngest said ‘why are we doing this?’. Why indeed. After a string of disappointingly cold UK summer holidays it was time for a change.

Why did we choose Avignon?

I had a vision of an old walled French town with lots of little winding streets and squares. The kind of place you can wander around, sit in cafés and take life at a leisurely pace – but with enough things to see to keep the younger members of the family amused. 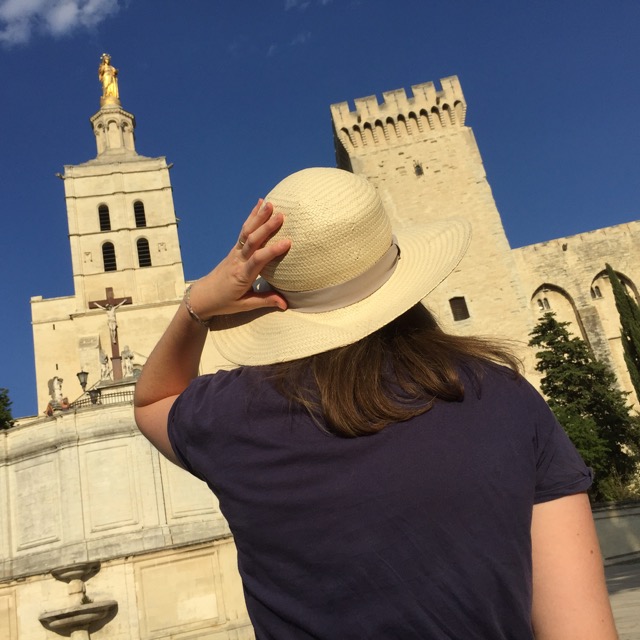 After a bit of discussion my husband suggested Avignon, in the south of France. He’d briefly visited there years ago and loved it. It looked like the perfect combination of everything we wanted – a bustling city with an amazing cultural and historical identity. We wanted to be a part of that, so chose an apartment right in the very heart of the old city. 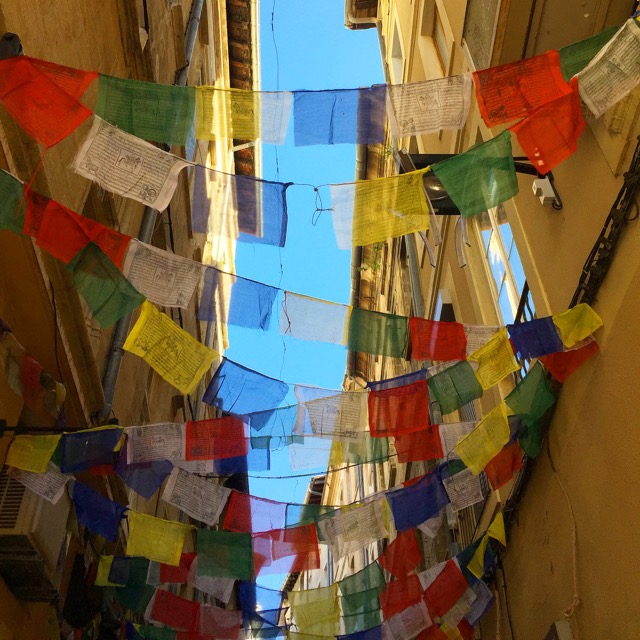 The city is dominated by the enormous Palais des Papes. The popes decamped from Rome to Avignon in the fourteenth century and built the enormous, fortress-like Palais – the biggest gothic palace in Europe. You can’t visit Avignon without looking inside. After a chequered history, it’s unsurprisingly an impressive place to visit. 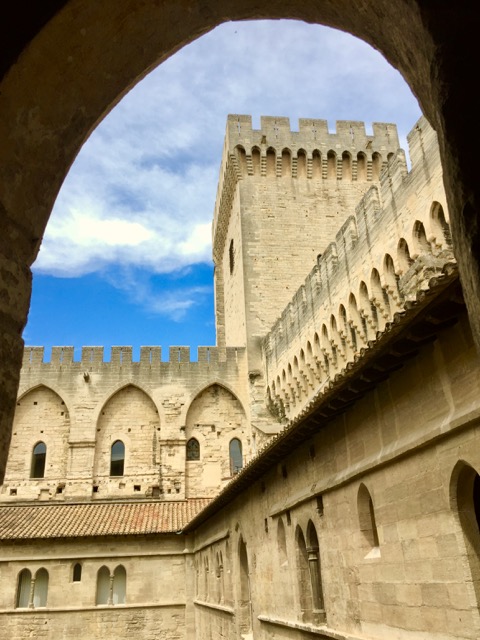 The best bit was climbing to the top of one of the towers and looking down to the city below – oh, and the beautiful medieval frescos. The palace also is filled with modern art, so there’s plenty to see. 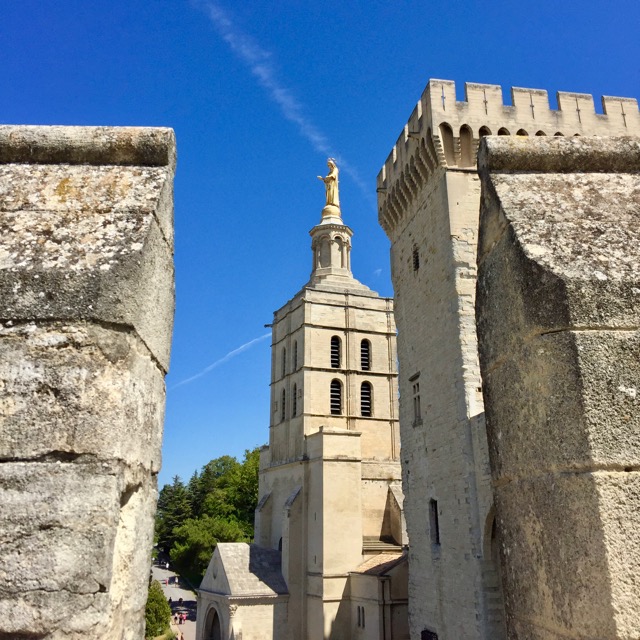 Other delights are the famous Pont d’Avignon and the gardens at the Rocher des Doms. If you have children then the pedal go-carts and ride-on horses in the park at the top of the hill are such fun (and great for tiring out small people).

Avignon is a hugely cultured place – but not in a boring or serious way. It’s friendly, relaxed and bohemian. We arrived a week or so after the big arts festival had finished, and a little of that atmosphere lingered on with performers and buskers. The children loved it. 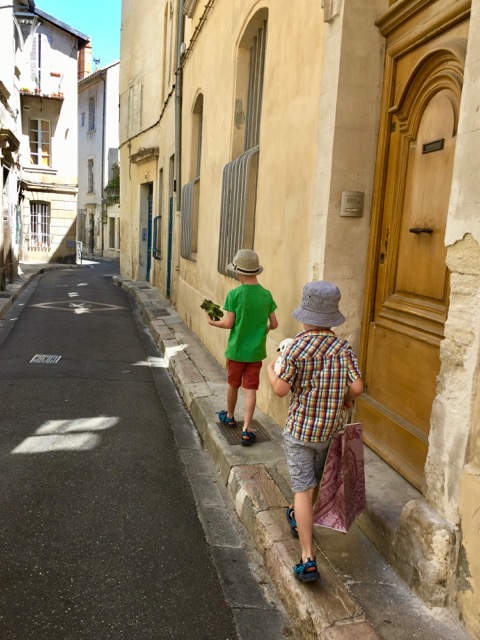 We all embraced a different way of life. The children were late to bed and late to rise. Some evenings we ate out together, and others we’d just go out for drinks and sorbet after cooking at home. Our apartment was just a few metres from the beautiful Place de l’Horloge, with its twinkling carousel and bustling cafés. 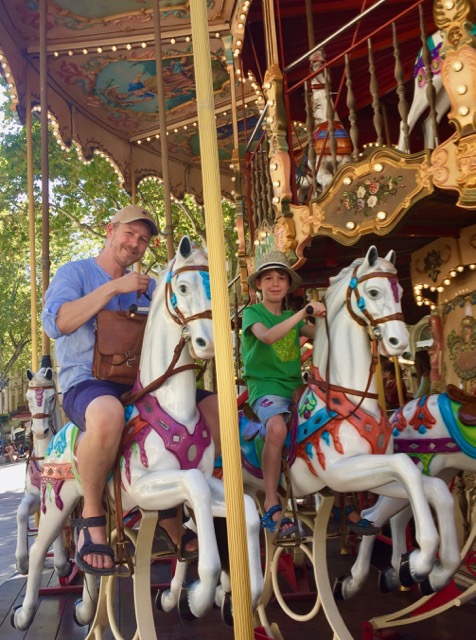 The stalls are overflowing with the most delicious and fresh produce – the sights and smells are intense. 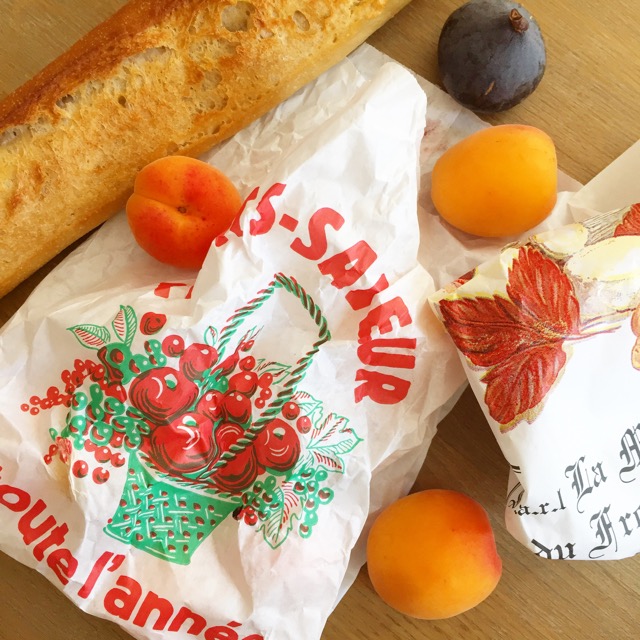 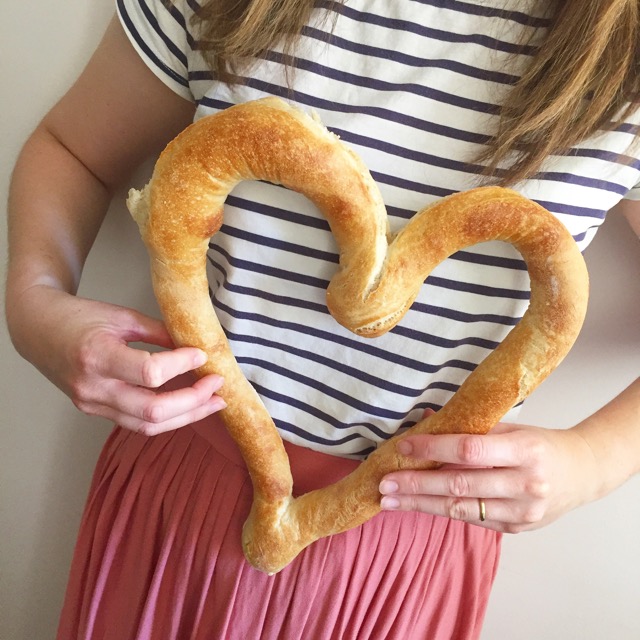 It was hot, but in a good way

When we visited, the south of France was in the middle of an intense heatwave. The usual average temperature in August is about 30°C. When we arrived, it was 43°C. This intense heat only really lasted for the first couple of days though – after which it cooled down to more normal temperatures. Yes, it was hot, but it was dry heat that was much easier to deal with than the humidity of a hot day back home. We paced ourselves and avoided being out during the hottest parts of the day – it also helped that our apartment had very good air conditioning! 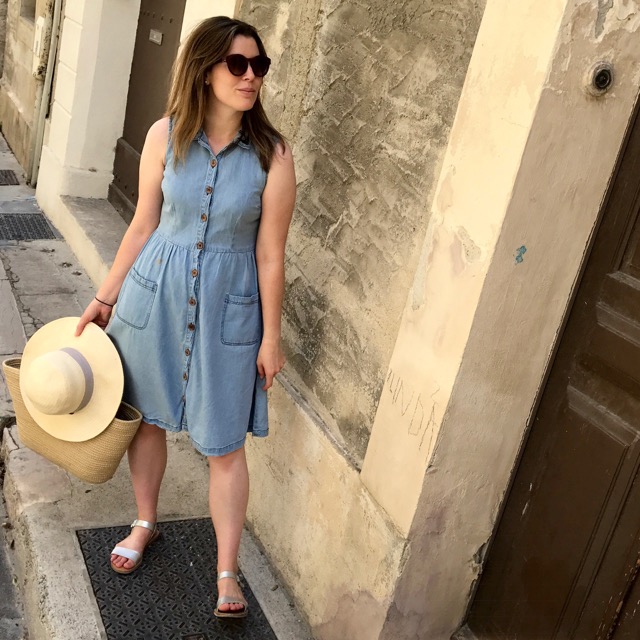 This was a big draw for us. The city is easily placed for day trips to some of the most fantastically preserved Roman sites in Europe.

Nîmes is a short train ride away from Avignon and has not one, but three amazing Roman buildings.

The most striking is the amazing amphitheatre, which is right in the middle of town. It was utterly breath-taking – so incredibly well-preserved and with such history. We were all completely awe-struck with the atmosphere of the place. It was unforgettable. 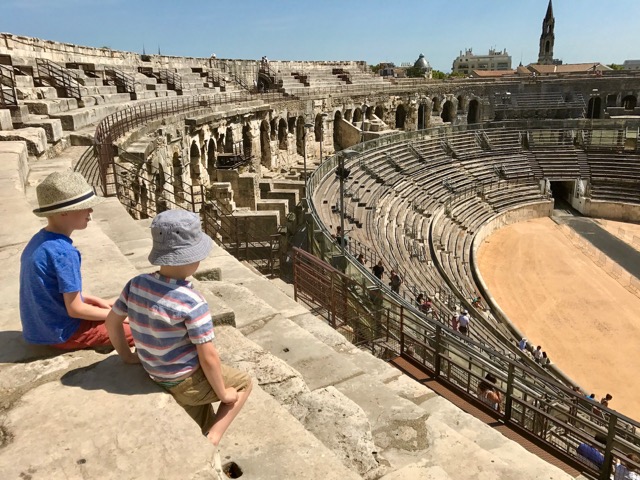 And it just gets better. Around the corner from the arena, is the Maison Carreé. This is the most spectacular Roman temple – the only one this well-preserved, I believe. Yet, again, we were overwhelmed by it. To sit down next to it in one of the pavement cafés, and drink a cup of coffee, is something I’ll never forget. 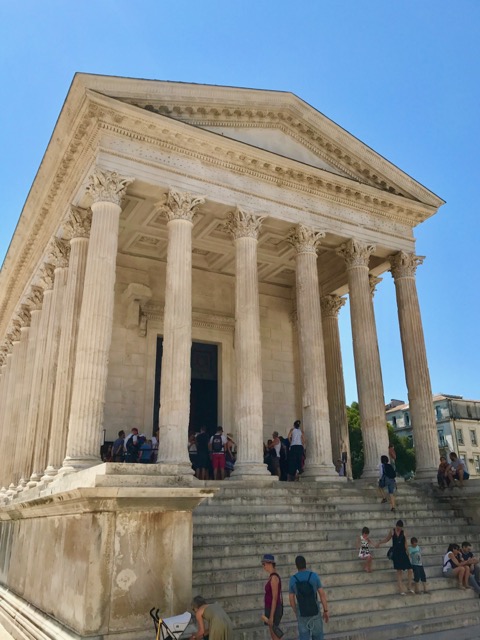 And if you need anything else to bowl you over in Nîmes, there’s also a Roman watch-tower to climb with spectacular views. The town itself is also incredibly pretty and filled with beautiful fountains and channels of water.

Later in the holiday we caught the bus to the Pont du Gard – an incredible Roman aqueduct. Again, it was spectacular and has enough for a whole day out. Take a picnic and paddle in the river! 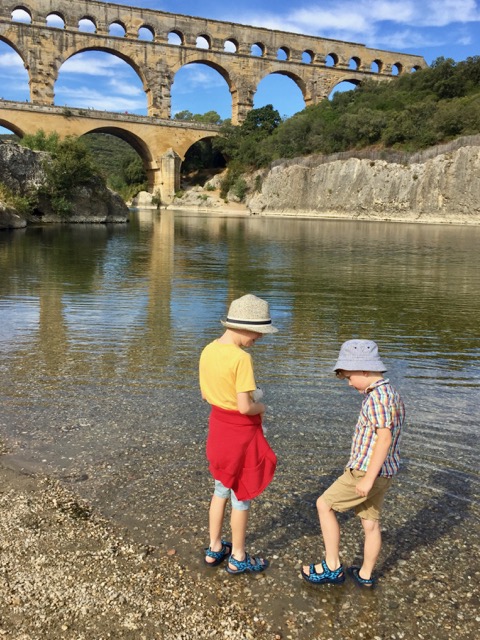 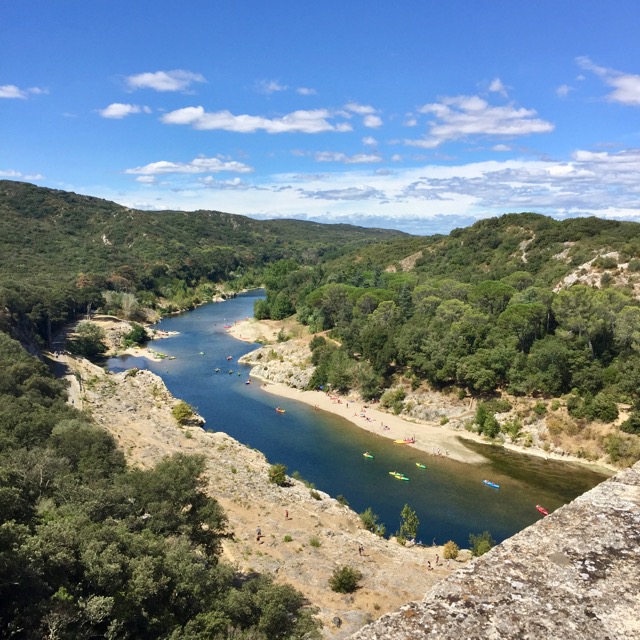 How did we get to Avignon?

We travelled entirely by train, and I’d highly recommend it. It was efficient, exciting and surprisingly relaxed. 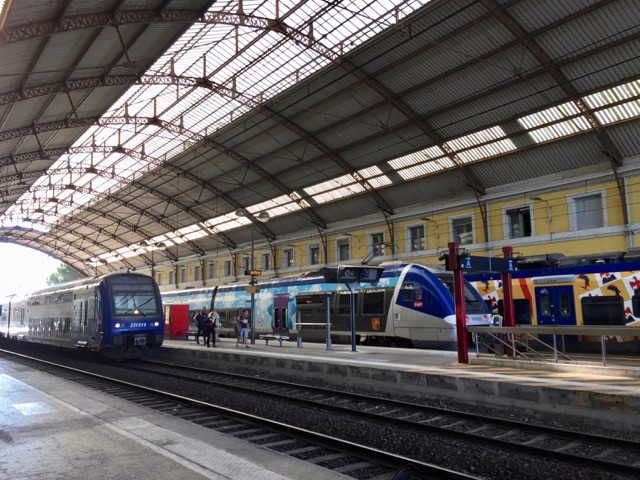 First was Ely to King’s Cross, then a short walk to the EuroStar at St Pancras. In a couple of hours, we were in Paris, and took the RER from the Gard du Nord to the Gard du Lyon. After that we caught the high-speed TGV to Avignon. We left Ely at 6.30am and arrived in Avignon at about 6pm.

Where did we stay?

A fabulous apartment in an old building in the centre of the city. It had wonderful original features, but was also stylishly modern and comfortable. It was the perfect base for exploring the city – nothing was ever more than ten minutes walk away. Full details here.

Where did we eat?

I would also highly recommend a visit to the cat café, La Compagnie des Chats. It was a cool and calm retreat from the hot streets – and a great chance to meet some adorable chats! We called in here twice to have coffee and stroke the sweet cats who live there. 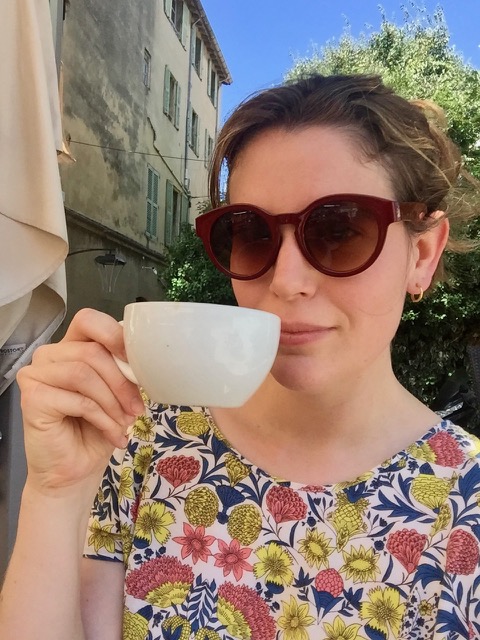 So, au revoir, Avignon! I hope it won’t be too long before we visit again. 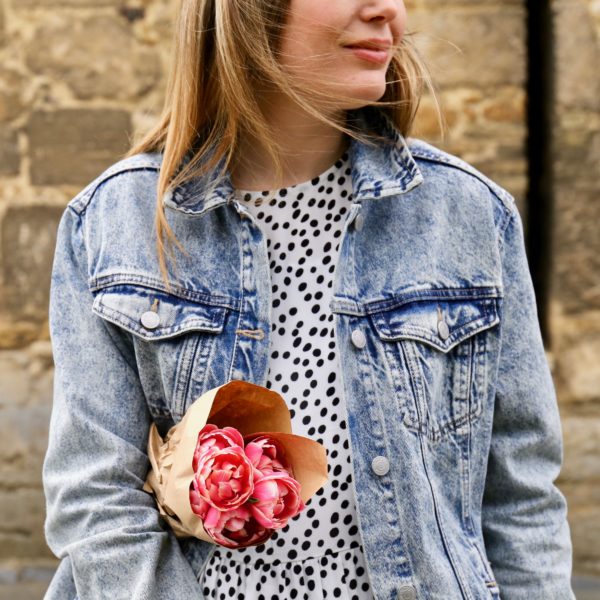 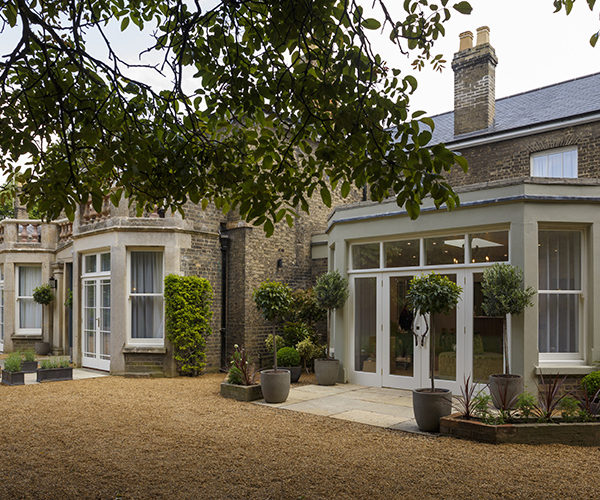 Be a savvy sales shopper 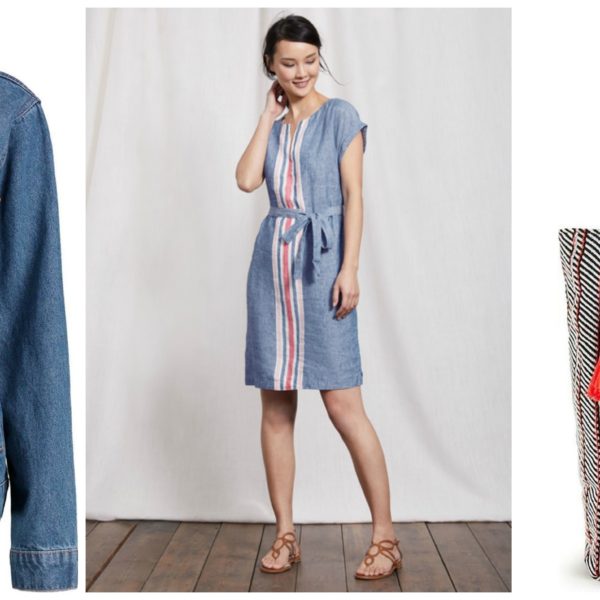