After last week’s wet weather, we had a wonderful sunny weekend and we were determined to make the most of it. 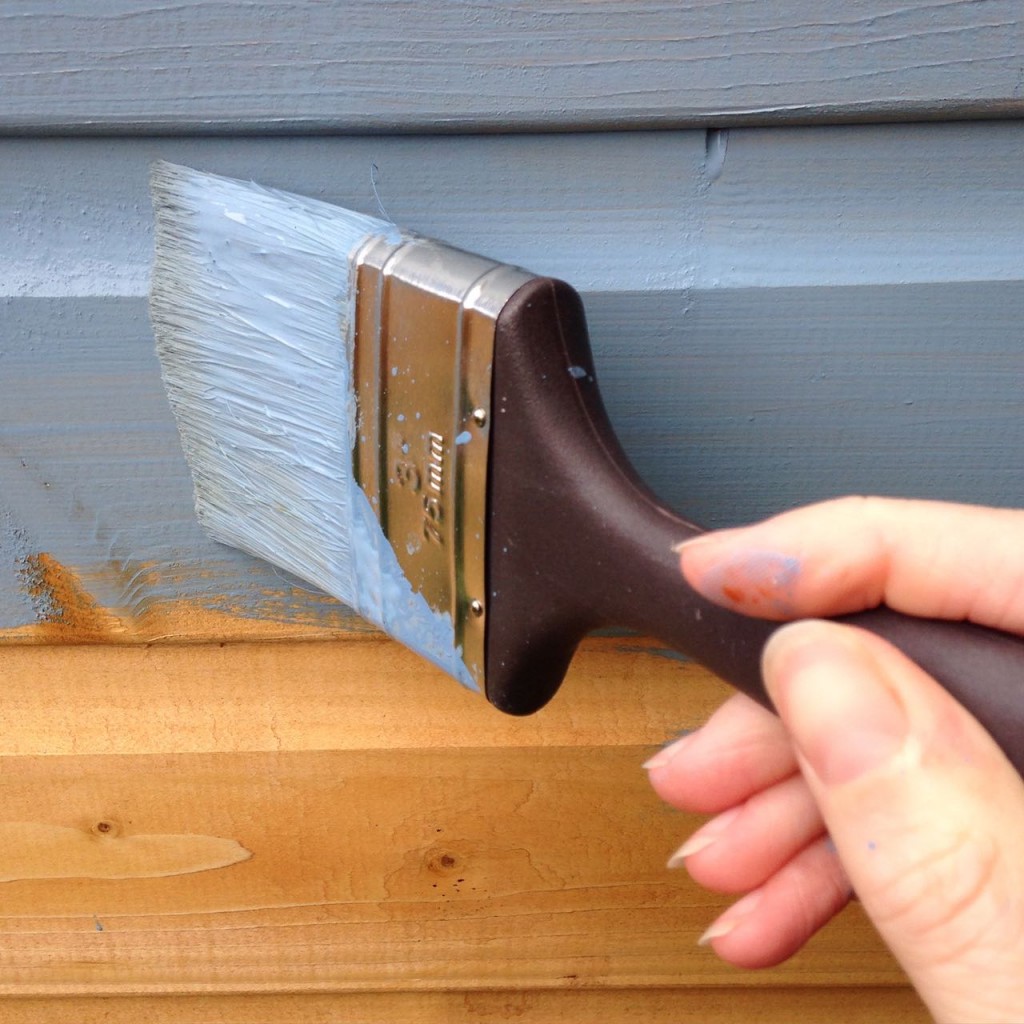 Saturday was spent finishing off a very special project I have been working on – a customised children’s playhouse in collaboration with Wayfair. This project has been so much fun, and you can read my article in full here. Here’s a little sneak peak, but I’ll be sharing lots more photos and a fun little video next week. 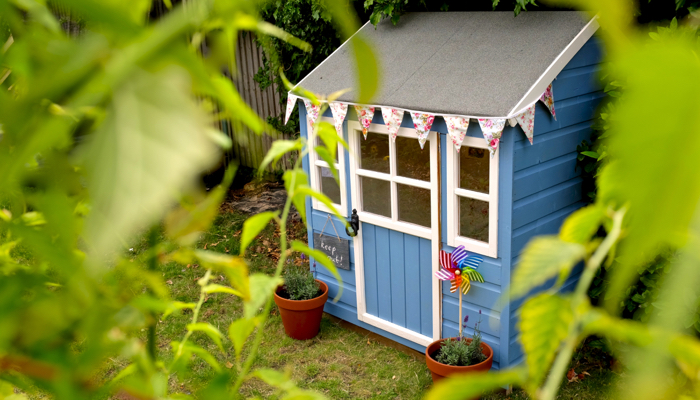 On Sunday we had a wonderful family day out at the seaside. My parents came too and we all drove over together to catch the steam train from Holt to Sheringham. It was a great day out and the weather was perfect. Read more here. 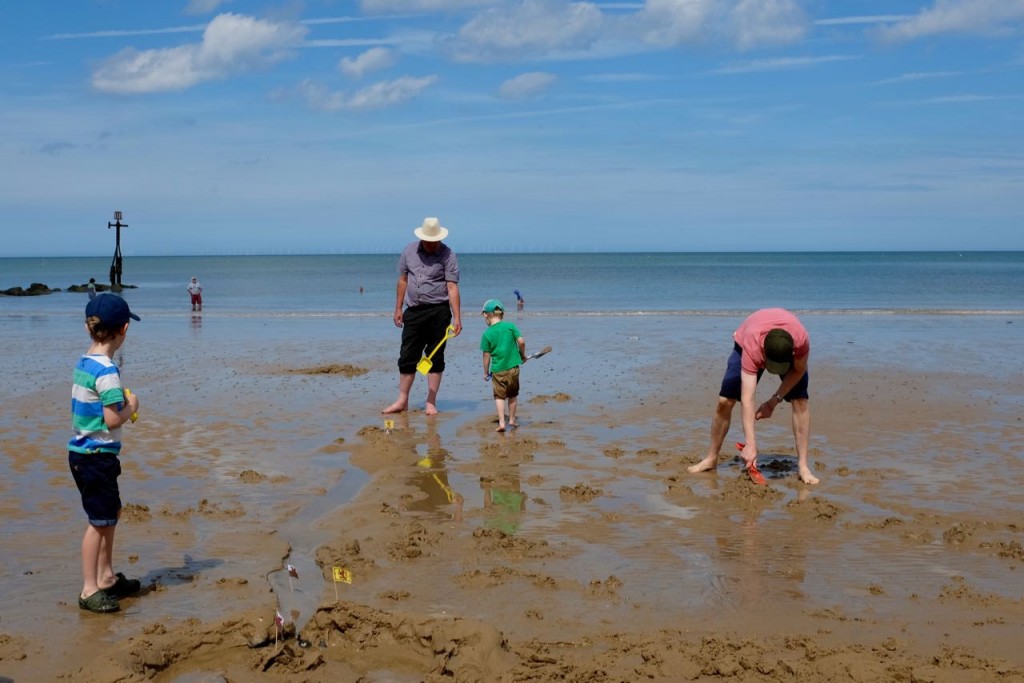 The rest of the week has been a busy one. My youngest son has been going to speech therapy summer sessions every morning this week, which has meant getting the boys up early. My boys are not early risers, and this return to routine has not been welcomed at this point in their holiday! The speech therapy sessions only last for 45 minutes, so I’ve been killing time in and around the hospital. I did a run one day, and sat in the Docky Box cafe on the others. It really is a dismal and depressing place! But it’s doing him huge amounts of good, so I mustn’t complain too much.

The only upside to hanging round the hospital (a former RAF hospital) is the amazing park nearby. The old RAF houses are now used by the US airforce and they brought their own exotic play park with them – known in Ely as the American Park... 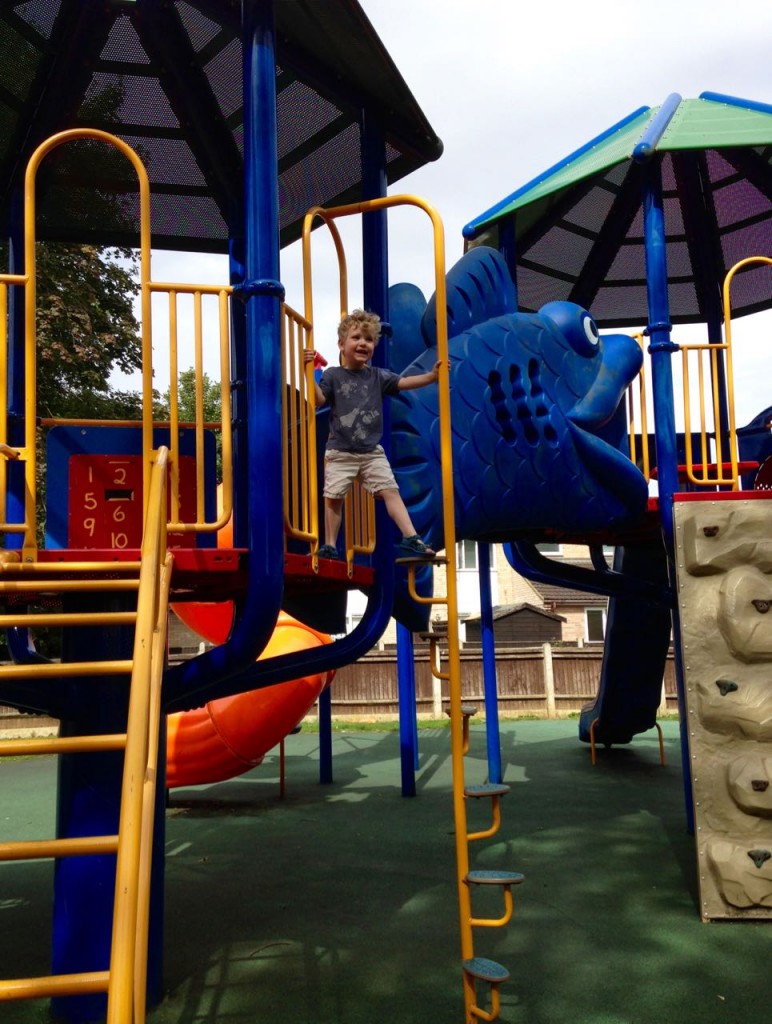 Meanwhile, my eldest has been to a summer club every morning, which he’s enjoying.

There’s not been much time left for exciting outings in the afternoons – but we’ve managed to catch up with some friends and have a lovely picnic in the park.

In other news, James was run over by a van on his bike yesterday – miraculously he wasn’t hurt other than cuts and bruises. There are far too many dangerous drivers on the roads in Cambridge. It’s really scary.

My word of the week has to be routine. We’ve had an unwelcome return to it this week, and none of us were quite ready. We’re looking forward to going back to some unstructured, non-institutional fun next week! 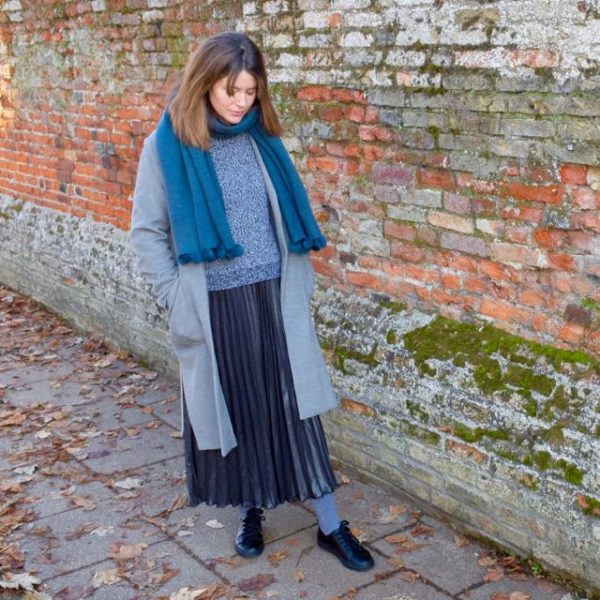 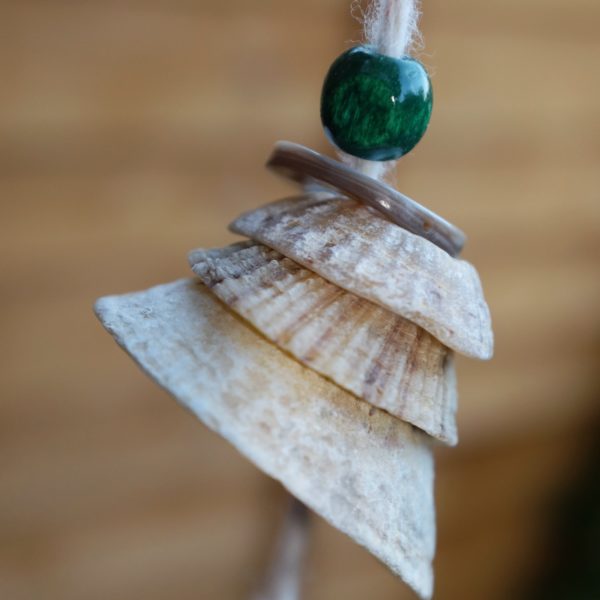