Here’s an idea for a simple, but stunning, floral arrangement using both fresh and dried flowers.

During the summer I saved all of my aliums from the garden. They’ve taken a few weeks to dry out, along with a few poppy heads. If you don’t have any alliums then gather some dried bit of cow parsley. There’s plenty of it around at the moment – I used a few bits in this arrangement too.

Find a large vase, or bucket. Stick a bit of Oasis inside and moisten – this will help give your arrangement a really strong structure. Arrange your alliums and cow parsley heads in the Oasis – be gentle, they snap quite easily! Start adding a bit of greenery… 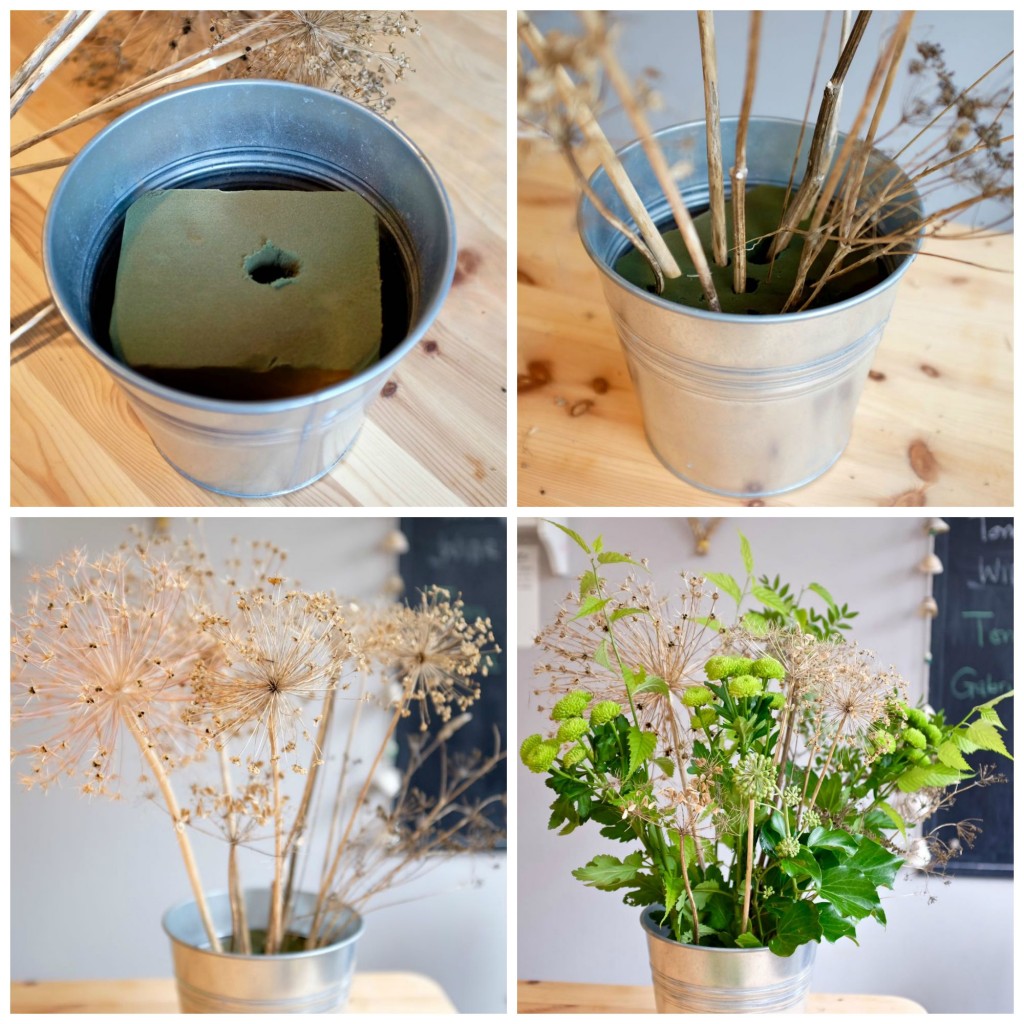 Once you’re happy with basic arrangement of dried flowers and greenery, you can add some beautiful fresh flowers. Again, stick them into the Oasis. 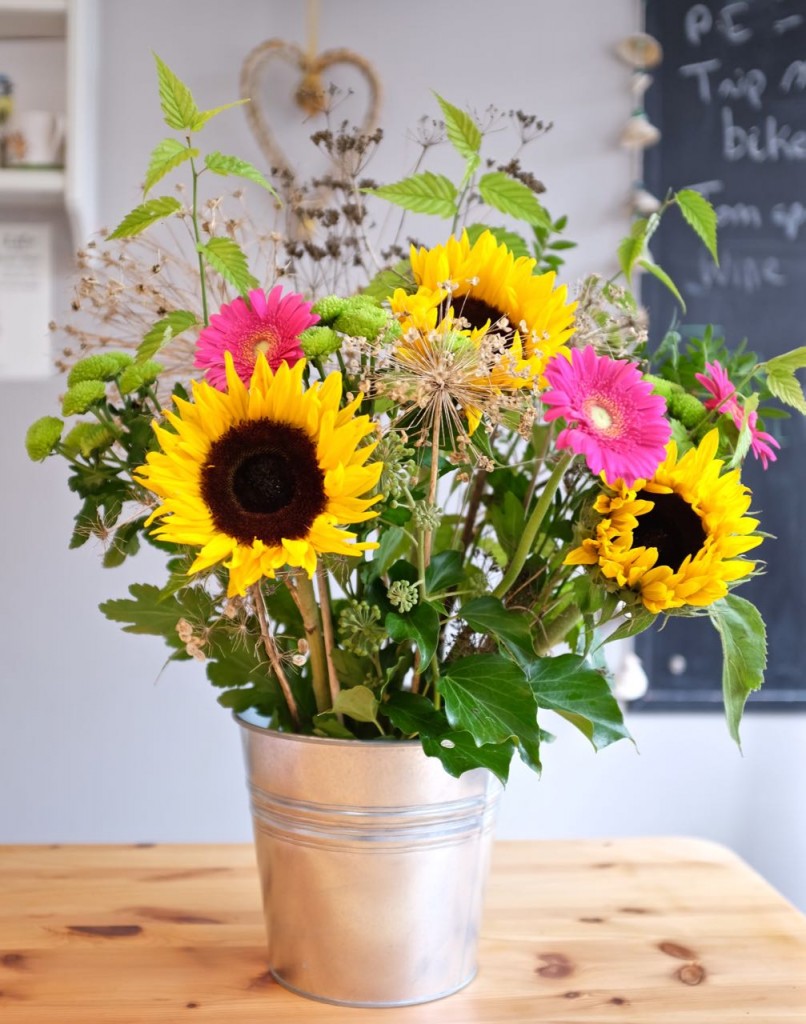 All of the fresh flowers, and some of the greenery, came from a £6.99 bunch of flowers from Waitrose – I think the addition of the dried alliums and some extra greenery really turns it in to something special. If you keep the Oasis watered then this arrangement should last for a few days. Once the fresh flowers have wilted, remove your dried flowers dry them out again for another time – Christmas perhaps?

My bucket came from Ikea, but keep an eye out in charity shops for large vases or planters. 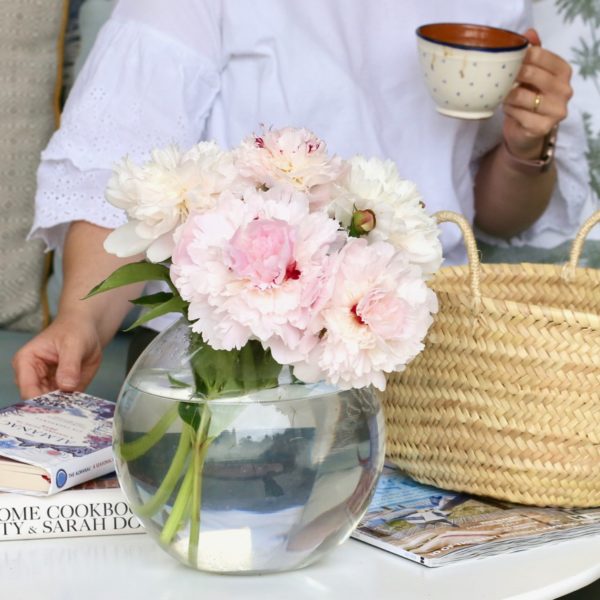 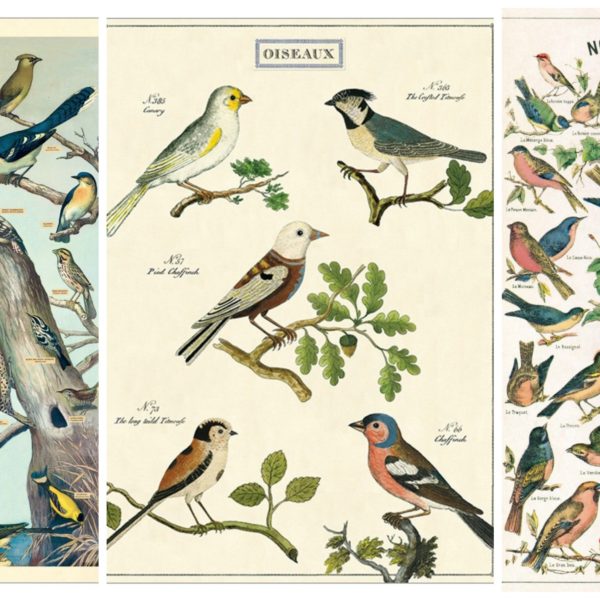 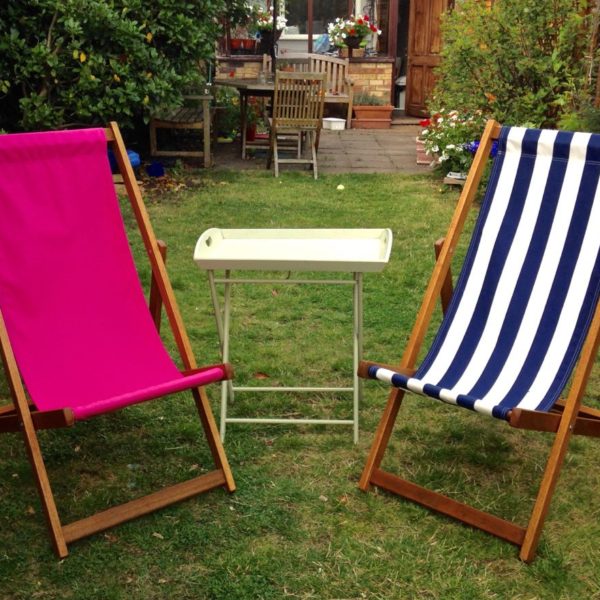