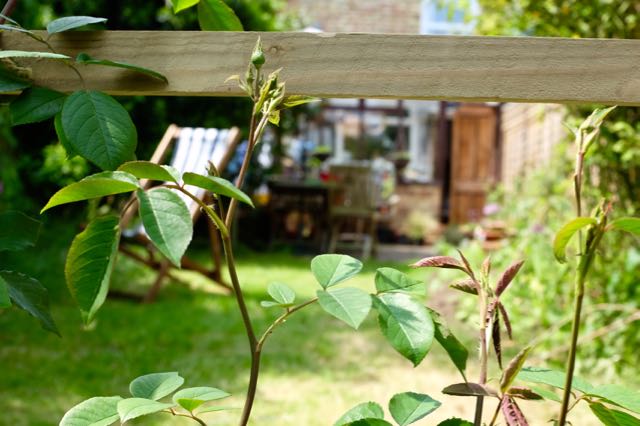 If you live in an old terraced house, then you probably have a narrow garden like us. We’re lucky as our garden is also very long – so there’s plenty of space for plants, games and sheds. But it can all get a bit boring sometimes – all those straight lines and nowhere to hide.

But change is afoot in our garden. Nothing too dramatic, but after not doing much to it for the last five years (other than plant different annuals each year) we’re making these simple, but effective changes… 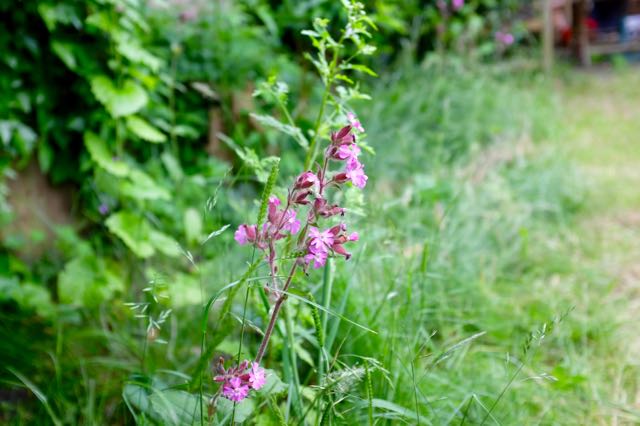 Our garden is quite shady down one side. An abundance of evergreen shrubs and ivy, plus a woeful lack of pruning by us, had led to a bit of a dark, tunnel-like effect. We’ve cut everything back a lot, and removed some things entirely. This has created lots of light and had made everything look wider and brighter.

We still have a shady side of the garden, but this has really developed since we planted our wild woodland meadow last year. What used to be a dark, ivy covered patch is now a mixture of long grasses and wild flowers. At the moment there are lots of red campions, Jack-in-the-hedge and geraniums, plus we’ve just planted some foxgloves. I’ve already noticed more butterflies this year. 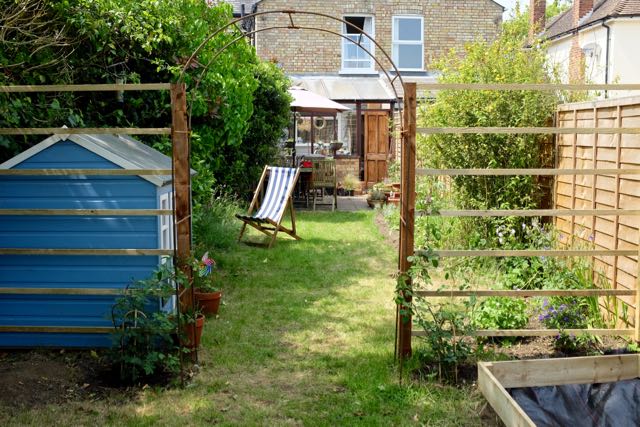 To move away from the straight up and down appearance of our garden, we’ve divided off the end of the garden with a beautiful new rose arch and some homemade trellis. You’d think that dividing up a narrow garden would make it feel smaller, but the opposite is true.

The arch has made it feel more spacious and interesting, while still allowing lots of light into the garden. And there’s something a bit romantic about an arch – even when it doesn’t have much growing up it yet!

We’ve planted two rambling roses on either side of the arch and I’m hoping they’ll eventually scramble all over it. I’m impatient already for how pretty it will look one day (although I’m already having rose anxiety!). 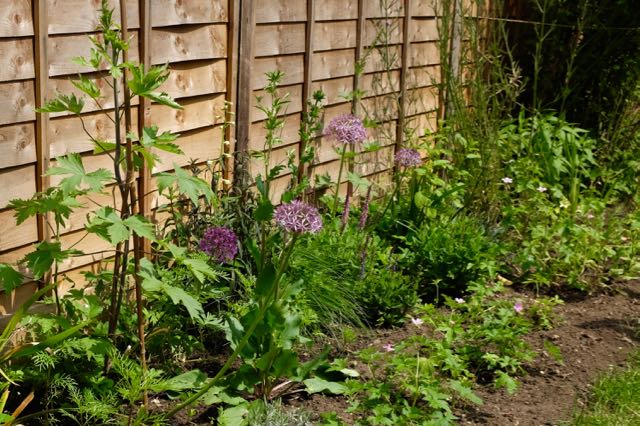 When you have a small garden it’s tempting to think that you need to keep your flower beds quite small – especially when you have children playing out there. However, our narrow little flower beds looked really mean – running down the sides of the garden in straight lines with a few plants dotted about. I’ve always wanted to have the space to plant things in groups, to create a more dramatic effect. 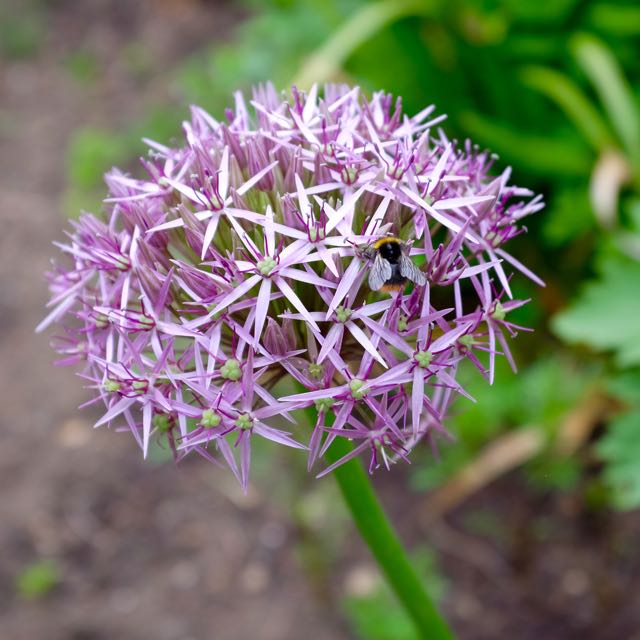 We’ve  now widened our main flower border. We’ve expanded it outwards by about a foot, dug it over, and planted lots of new perennial plants – delphiniums, geraniums, salvia and lavender, plus some annuals like cosmos and larkspur. 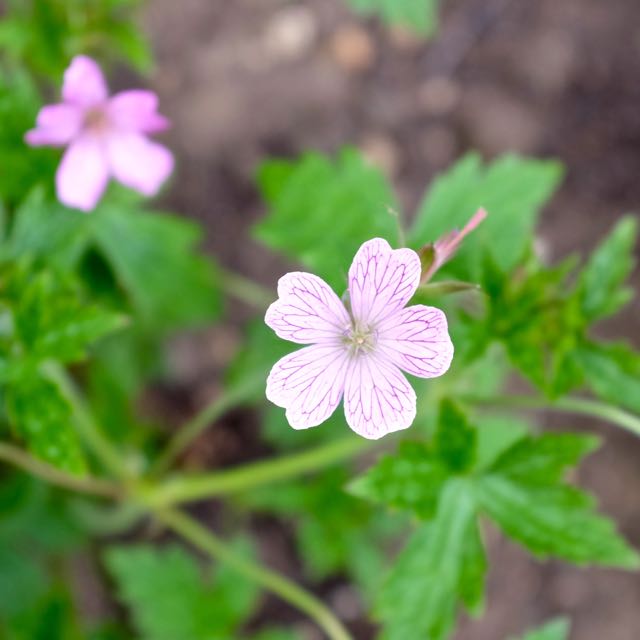 Creating a wider bed, with a gentle curve, has actually made the garden feel wider and we’re not missing the space. I can’t wait to see it all develop over the summer. 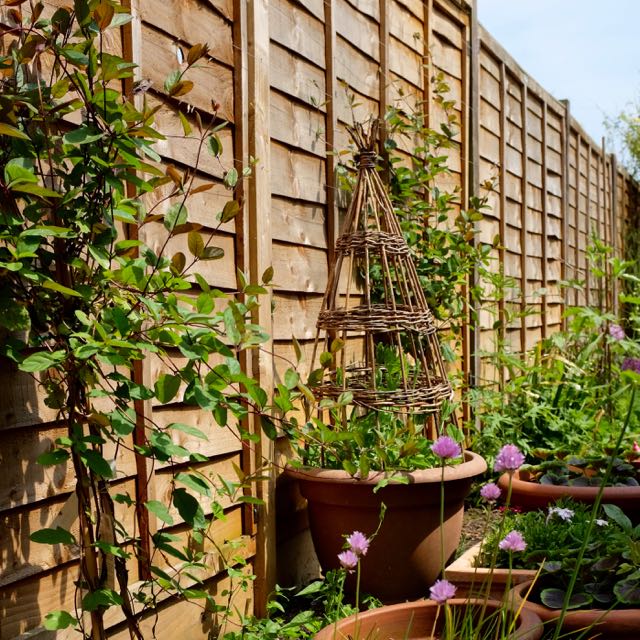 There’s an awful lot of fence in our garden. To disguise the boringness of it all, we’ve planted some quick growing climbers.

By the house we have two honeysuckles which are growing visibly every day. Further down we have planted a purple solanum to climb up our new trellis. This grew very quickly in our old garden, so I’m hoping the same will be true again. 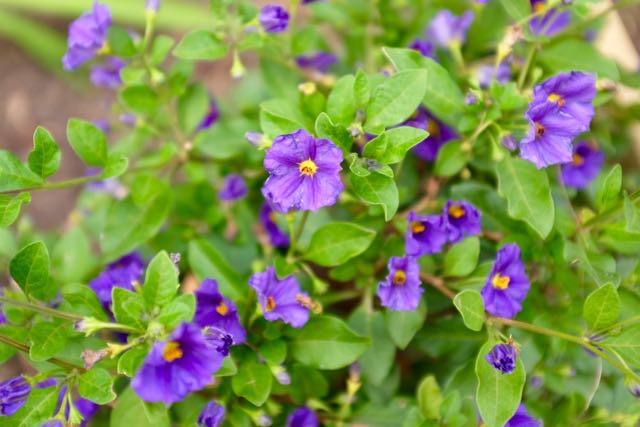 I’ll be sharing more with you over the summer – including new raised beds!

Things to do in September: eat apples

Brexit – what can we actually do?

← My matcha challenge
Brown paper packages tied up with string →